Founders Austin and Bryce Morris are brothers in their early twenties and are already making waves in fashion. We caught up with Austin to find out what it’s like to have an international business, to work with your sibling, and what kind of mindset it takes to make it all happen.

How did you and your brother get started?

I got inspired by Herschel Supply Co. They are brothers who made it really big and I was like, “Okay we can do the same thing.” I think I was a senior in college and my brother was a freshman, and he had creative ideas and I was like, “Yo, we can do this for real.” I’ve always been into business and running businesses: My first business was selling snow cones at the pool when I was like five or six.

Austin is 3 years older than Bryce, which may not seem like much comparatively, but it’s enough to have a significant impact on their childhood experiences...

The story behind Retrovert is that we grew up in an era where technology moved so fast that we didn’t have enough time to embrace what was going on. For example, when I went outside to play as a kid I had to go and knock on my friends' door like, “Hey, is Lenny home?” But then my brother, only 3 years younger, was just texting like, “Hey, come outside.” All within three years. Everything happened so fast that we didn’t have time as a young generation to embrace what was happening. So there’s a lot of nostalgic things we want to bring back. I remember the first razor phone or the sidekick; we want to make a cool t-shirt about that because before you knew it the iPhone came out. There are many different things like that.

How did you come up with the name Retrovert?

To be a Retrovert means to embrace nostalgia and futuristic concepts through a creative lens. Retrofuturistic means going back to look forward. Embracing nostalgia while moving in the future. That’s our whole aesthetic and concept. Retro futuristic is big in the creative community and we realized we can be a brand for creatives. We were playing along with names and Retrovert just came across and we thought, “That’s cool we can play with that Introvert, extrovert, retrovert.”

What is your favorite product that you sell?

It’s not even out yet so I can’t say, but I really like the new gun pillows that we just dropped. These pillows took us such a long time to create because no one has ever done a pillow like this, where we sculpted up an uzi and brought it to life, you know. Most people just put pictures of a gun on a pillow but we actually shaped the whole pillow and added in the details; we have a trigger, the extended clip, we have the grip where you hold it. It’s fire. And it’s a two-foot pillow. So for us to create that and for it to come out so high quality is like, damn.

Tell us about your international partnerships.

Tokyo is the mecca for streetwear so we wanted to start there. I had some friends who lived in Tokyo and I went there and directly into the fashion world and started meeting people. The following year I told them, “I’m about to start Retrovert” And then a year later they saw and said, “Wow, he really did it and it’s working. Let’s collaborate!” So we had a collaboration in Tokyo with a brand called Sun Of The Cheese because they needed an American audience and I needed a Tokyo audience. the whole thing is, I’m selling the retro-futuristic American dream lifestyle to these international companies because that’s what they want. They want to get a piece of American culture: the American dream. But the American dream is not the white picket fence anymore or anything like that. It’s independence, it’s freedom, it's being able to travel internationally and create your own brand and lifestyle. So that’s what we are doing. We are in 13 retail stores in Tokyo.

Austin and his brother Bryce have the vision to be a global household name starting with street apparel.

Consistency and getting into retail stores globally first. We are not doing domestic retail stores intentionally. I feel it's a better way to build up the brand. You get way more customer loyalty when people buy directly through you compared to a retail store. Internationally, it’s harder to do that. Especially with shipping and stuff like that, it's more of a hassle.

Austin found Saltbox online. He had been working out of his apartment and his inventory was overflowing everywhere. A few days after returning from a Tokyo trip, a water pipe busted in his apartment at four in the morning flooding the entire complex floor. The water rose above waist level and they ended up losing a lot of their inventory. They moved into Saltbox shortly after that and have had a much better time scaling here than in Austin’s apartment. 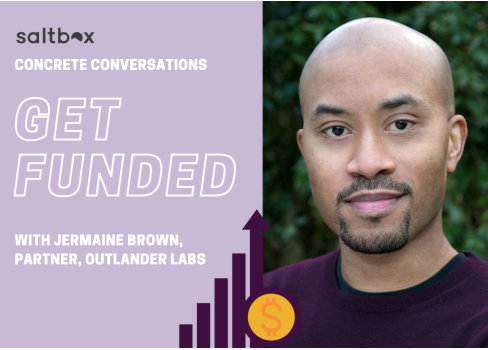 How to Think About Funding for Your Business, with Jermaine Brown 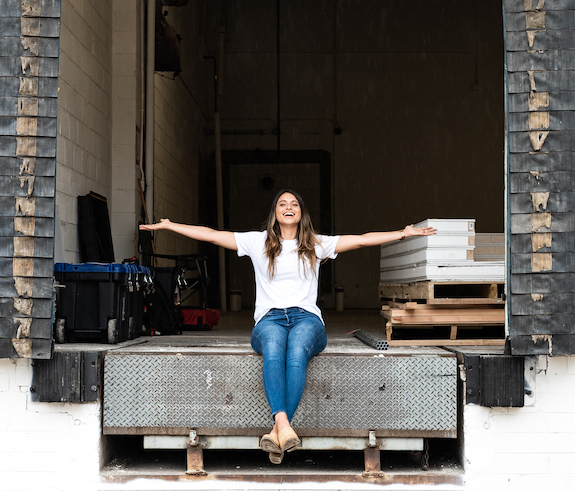 A new way to think about third-party logistics

Finally, a solution built for people and not just boxes 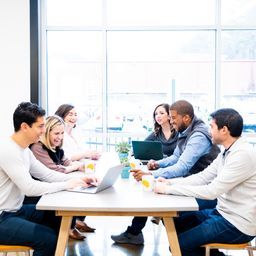 Invest in collaboration, community, and efficiency